Join Our Newsletter
Shop Our Store
MAIN MENUMAIN MENU
By Matthew Maruster on November 21, 2022 in DGU

What happened during a 3 AM incident in Saratoga Springs, New York provides everyone who carries a firearm in public for self defense, with a couple points to consider. And while the off-duty deputy who sustained multiple gunshot wounds is in stable condition, I bet he would do everything differently if he had to do it again.

NBC 5, reports that last night on November 20th at around 3 AM, an off-duty deputy and his girlfriend were outside a Saratoga Springs, New York bar. The deputy got involved in a verbal argument with three men inside the bar, and the confrontation continued outside. 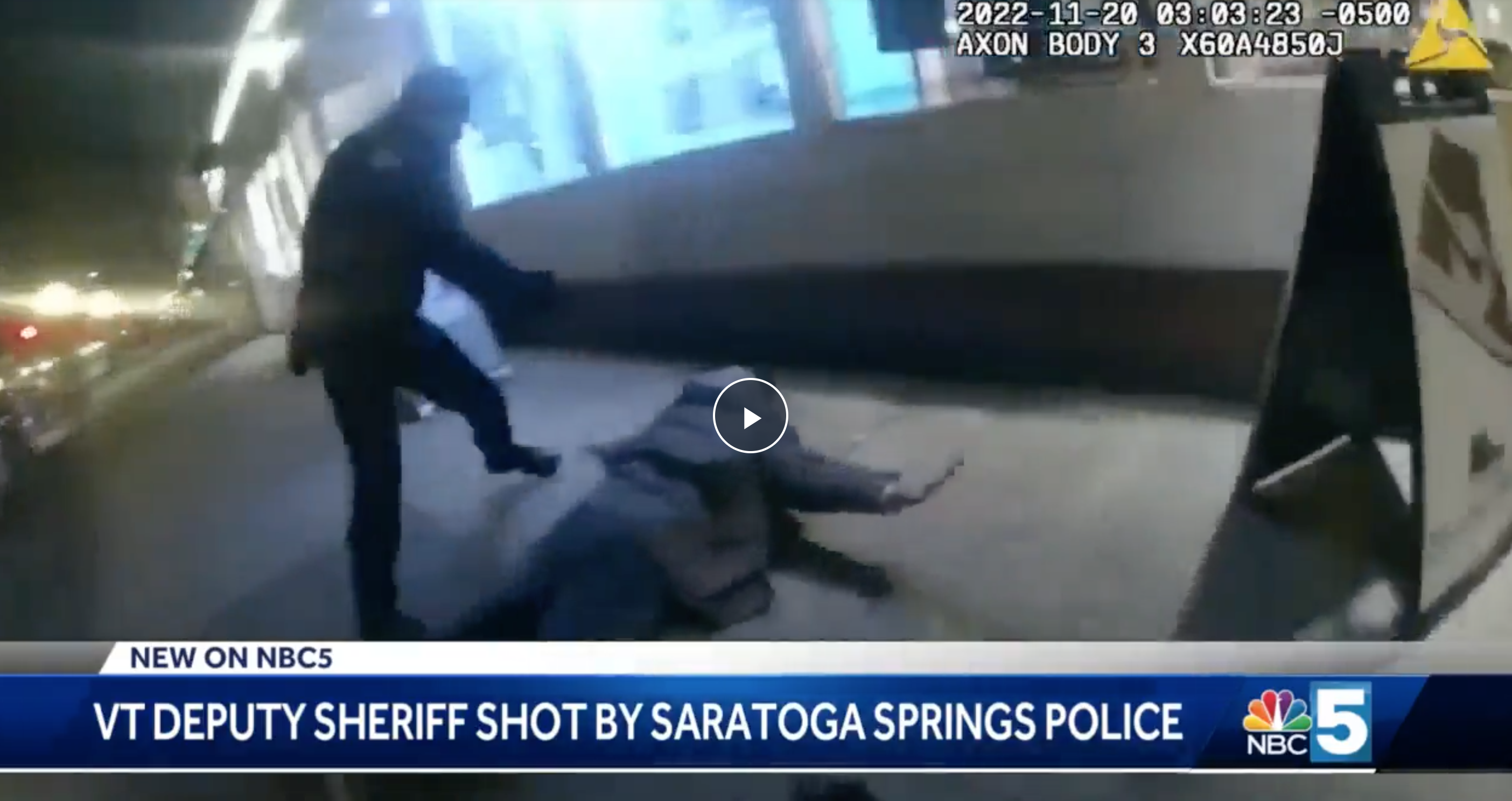 Saratoga Springs officers happened to be nearby and heard the gunshots. Multiple officers responded within seconds of the first gunshots. When officers arrive, they see the ununiformed, off-duty deputy brandishing a handgun and shout commands to drop the gun. Video from one of the responding officer’s body worn camera records the officer yelling for the deputy to drop the gun no fewer than 8 times before shooting the off-duty deputy. In all, officers fire 11 rounds, and it’s unclear how many bullets struck the off-duty deputy, and which came from police and which, if any, came from the gun battle with the other man.

The NBC 5 article reports that the off-duty deputy, his girlfriend, and one man from the other group sustained gunshot injuries, all are in stable condition.

Consideration One: Alcohol and Firearms—

A few days ago I saw a post addressing if off-duty officers should carry a handgun while drinking alcohol. I didn’t get around to reading it, but I have a simple answer, no.

There is little room for error with handling firearms, and the effects of alcohol increase the likelihood of making a poor decision or deadly mistake. There is a legal presumption of impairment at .08% blood alcohol content. However, you don’t have to reach a level of impairment to have your mind and senses and ability dulled by the effects of alcohol. So my recommendation is that if you’re serious about self defense, you shouldn’t drink alcohol in a public setting.

In this video from the New York Times, we hear the audio from one of the officer’s body worn camera. We can hear an officer screaming ‘drop the gun’ and ‘gun down’. One thing I don’t hear is the officer identify themselves as an officer. This is a big issue, not for liability for the officer, as their use of force is most definitely reasonable, but rather for the person with the gun.

It’s possible the deputy didn’t hear the commands to drop the gun. There is such a thing as auditory exclusion, so it’s possible, but highly unlikely, the reason the deputy didn’t follow commands. Shooting without hearing pro can leave your ears ringing, but again, this is almost certainly not the cause.

Alcohol can also dull senses and could have been a contributing factor. It’s also possible that the officer’s training factored into him, ignoring the commands. He most likely has heard ‘drop the gun’ many times, and almost certainly said it, if not in the least, during training. In none of those contexts was the screaming directed at him. So there might have been some selective hearing, who knows?

I am not saying the officer screaming did anything grossly wrong. I simply bring this point up because while it might have been better if the responding officer had clearly commanded “police, drop the gun” instead of repeatedly screaming “drop the gun,” police aren’t legally required to announce anything at all if doing so is unreasonable.

The article says this is the department’s first officer involved shooting in 26 years, so it’s likely some officers on scene never shot a suspect. Not that this is the only determining factor in how an officer handles a stressful call like the one we are discussing We see this in the video as one officer nearly takes a round to the back of his head when he runs directly in front of the officer, giving commands and shooting.

We need to take 100% responsibility to do our best to reduce any likelihood that a responding officer(s) will mistake us as the bad guy. Part of this means realizing the police will eventually be on scene. If you’re not able to holster before they arrive because they get there quickly or there is still a threat, you need to listen for commands. Positioning, what you’re saying and the way you appear, and how you respond to officers is crucial in reducing the likelihood you’ll be perceived as the bad guy.

A main question in someone’s claim of self defense is determining if the person’s actions were reasonable. It’s not a stretch to say that people often do unreasonable things that they may not normally do had they not been drinking alcohol. And because what is reasonable is subjective, even trace amounts of alcohol in your blood can complicate a legal claim of self-defense.

Consuming alcohol or even being in a place where alcohol is served, while armed, may also be a crime in some states. New York has such a law, although there is an exemption for law enforcement officers. I haven’t found any NY law that makes consumption of alcohol and possession of a firearm criminal, and there are no reports of pending criminal charges for anyone involved. Even so, here is another reason to just abstain when armed. This book called, Legal Boundaries by State includes this and other important legal information for every state in the country. 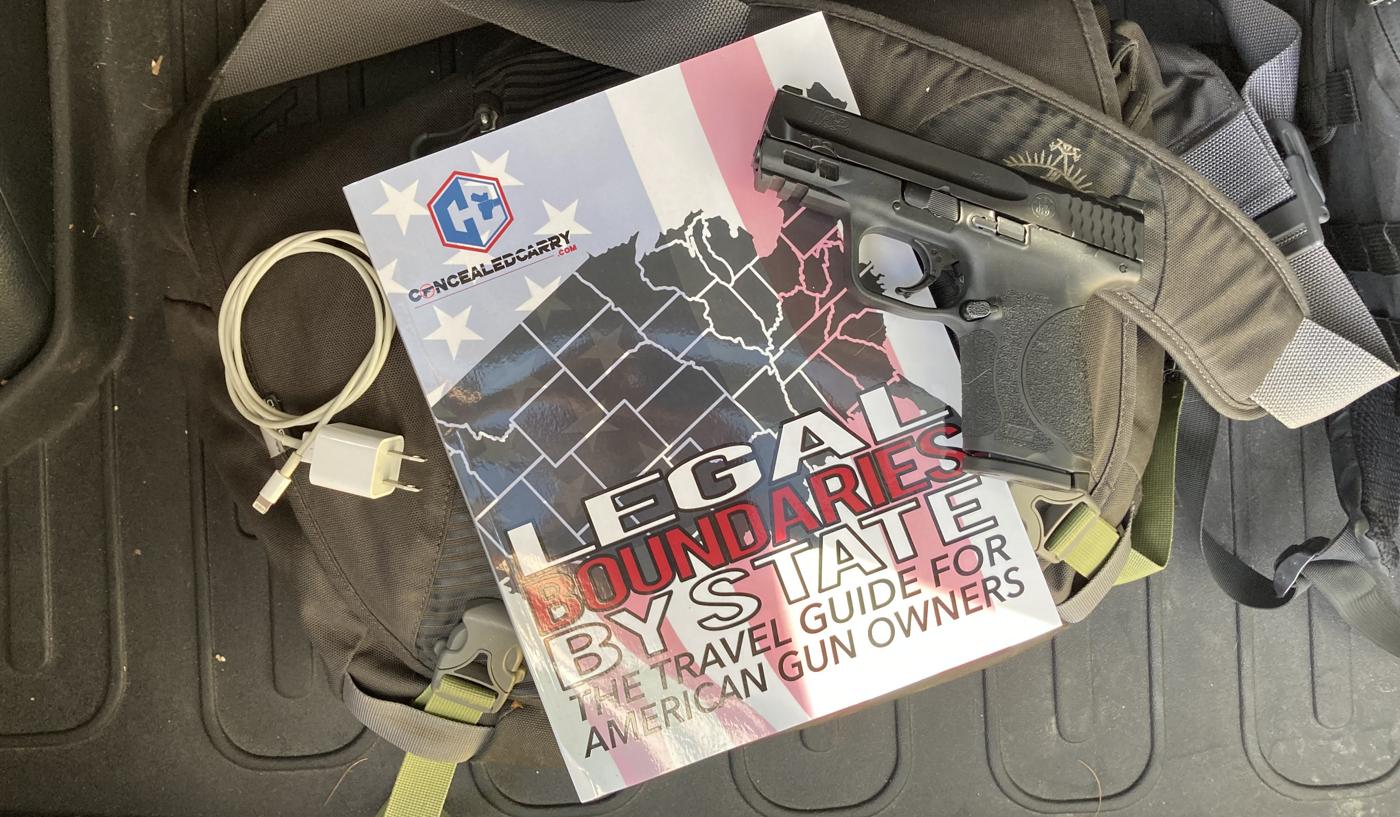 We don’t know a lot about what led to the shooting, so much of this is speculation. However, I think there are some general principles we can remember about avoidance. We don’t know if the off-duty deputy or the other man were drinking alcohol. But it is possible alcohol played a role in their behavior, and what ultimately turned into a gun battle. It’s impossible to avoid every confrontation, but it’s even harder to avoid if you’re under the influence.

Be it to avoid punitive legal issues, or for self -preservation, staying out of trouble is the preferred path for someone with a proper self defense mindset.