Violent encounters like this one in a New York City restaurant seem to be commonplace. We could spend a lot of time analyzing the many useful lessons this video provides. However, let’s just hit on one of those, a question I saw posted on the original forum where I found this video.

Is deadly force justified in this case?

Before hitting play, you should know that the video contains some inappropriate language.

Before jumping into answering that question, I think it’s important to reinforce the importance of avoidance. This principle should govern where we go, where we stay and the things we involve ourselves in. We don’t know what happened before this video started, but what we see in many similar videos is that ego and stupidity keep people engaged in situations that they should have and could have walked away from. Also consider how everyone in the crowd of onlookers unnecessarily exposed themselves to a higher risk of danger.

We will come back to avoidance in a bit. Before then, let’s look at the various elements of a legal use of defensive force and apply them to what we see in the video. 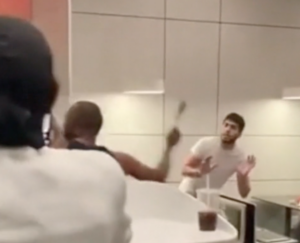 From a legal standpoint, innocence essentially means, did you start the confrontation? We don’t know what happened before the fight started, but we certainly see the three men punching one man in the head. Was this the beginning? Probably not, but at least initially the three guys wouldn’t check the “innocence” box. Think of this, change some of the sizes of men and brutality of the beating, and Hatchet Man may have been justified in using force against the three men assaulting him.

However, there is a way to regain innocence, or lose it from a legal point of view. If you make it clear that you no longer want to engage in the fight, you may very well regain innocence. And if a mutual fight ends, and you were not the initial aggressor, you could lose your innocence by being the aggressor in a new fight. Once Hatchet Man walked away and began digging through his bag, and the other men walked away, the confrontation essentially ended. When Hatchet Man pulled out his weapon, he initiated a separate confrontation and is clearly the aggressor. 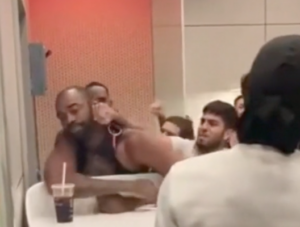 We can only use deadly force if the threat is occurring now or about to. Of course, as Hatchet Man swings his weapon and menaces the men who punched him, there is a deadly threat. However, if someone were to pull a gun and shoot Hatchet Man as he pushed his bike toward the exit, they most certainly would lose the element of imminence, among others. 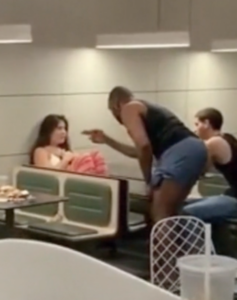 You can go beyond proportionate force, and that is where some people can get into trouble. If one of the people were to shoot Hatchet Man once and he fell to the ground while dropping the weapon, the person would be using proportionate force. However, firing a few more rounds into Hatchet Man as he lie on the floor because ‘you never know’ would cause problems for a claim of self defense. 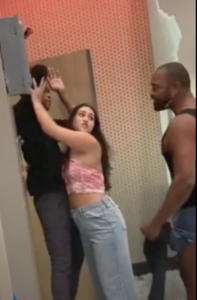 But let’s flip it around and ask if Hatchet Man would have pulled out the hatchet while he was being assaulted by three men. Would that be justified? From what we see in the video, I would say no. Hatchet Man is clearly not hurt by any of the feeble punches thrown by the other men. But again, if the three men throwing the punches were forceful and causing Hatchet Man to lose orientation or he fell to the round, pulling a hatchet from his pocket would likely be no problem. Whether it’s the best defensive weapon or not is besides the point.

This might have some of the most subjectivity because what one person finds reasonable may not be reasonable to another. This perceived ambiguity can both help and hurt a claim of self defense. Essentially, reasonableness looks at your actions and asks: would a reasonable person under similar circumstance with the same training and experience would respond in the same way? 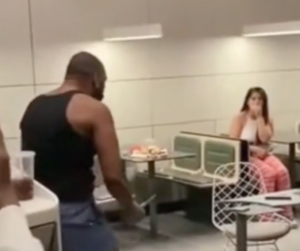 Your actions don’t need to be perfect, you may make a mistake. As long as the mistake is reasonable, it should not negate your claim of self defense.

For example, you shoot someone who points an airsoft gun at you. Given the lighting, distance, circumstances and other evidence, would a reasonable person would think the airsoft gun was a real gun? If so, that ‘mistake’ wouldn’t hurt your claim of self defense.

Back to the Principle of Avoidance —

Avoidance isn’t just a good practice that keeps us from getting involved in messes we don’t need to. Avoidance is also a principle of legal self-defense in certain states.

You’re probably familiar with stand your ground laws, that essentially remove a duty to retreat before using deadly force. In states that do not have such statutes, failing to disengage a threat, when reasonable, could negate a claim of self defense. In some states with weak stand your ground law, avoidance can factor into the reasonableness of your use of force. So even though you don’t have a legal duty to retreat, if a reasonable person would have retreated, you could lose your claim of self defense. 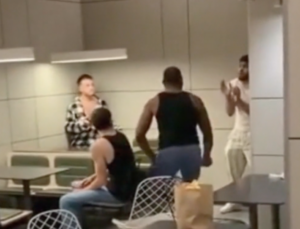 Again, regardless if your state requires you to retreat or not, it’s always best practice to look for an opportunity to get out before using force. If you can retreat, but another innocent person cannot, you might use force to protect that person. For example, some people in the video could get away from Hatchet Man. But for the ones at the back table, the only way out was to go through Hatchet Man. Even in duty to retreat states, a person who could retreat but instead used force against Hatchet Man to protect someone who could not retreat would not violate duty to retreat law.

There are many lessons to learn from the video, and I hope you watch it several times following the actions of different people each time. It’s amazing how poorly some people are at recognizing danger and how others freeze in fear when they have no concept of real violence.

I hope this post helps your understanding of lawful self defense. If not, I highly suggest getting Attorney Andrew Branca’s Book Law Of Self Defense Principles. The book is a fantastic resource that I think every person who carries a gun for self defense should read. 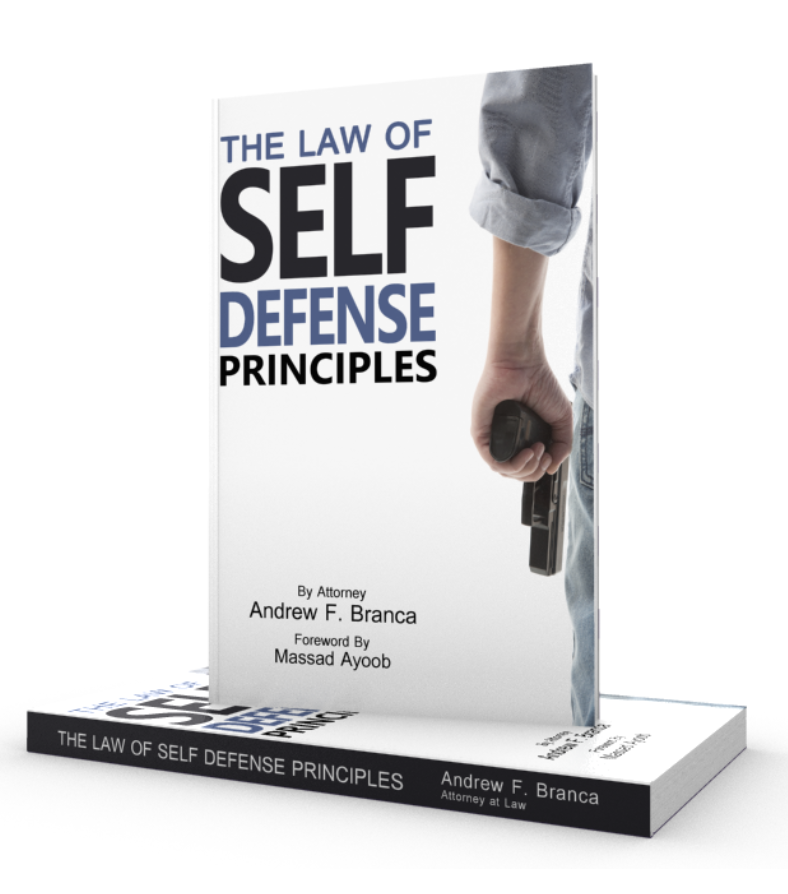 hatchet, legal self defense, use of force