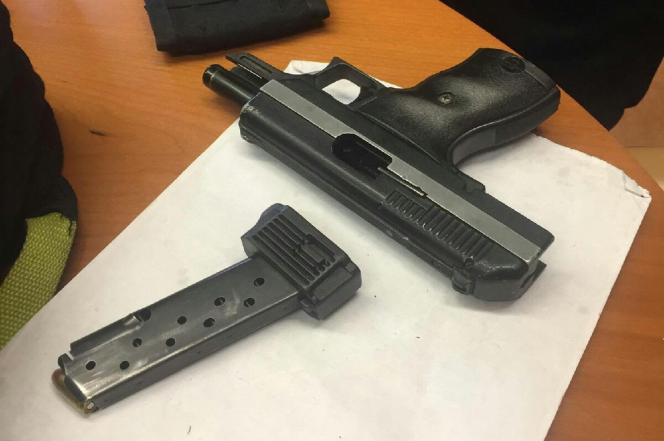 Weapons siezures at NYC public schools increased 25% last school year (2014-2015) compared to the year before. The total number of weapons siezed (this is not including weapons that go undiscovered and unreported) for the 2013-2014 school year was 1,347, while last year it increased to 1,678 in the city of New York alone. The data was broken down by weapon type, the most alarming of which is the fact that 13 guns, including the one shown above were seized during last school year.

The data was broken down by weapon type, the most alarming of which is the fact that thirteen guns, including the one shown above were seized during last school year. This data was released a day after a .38 Caliber handgun was taken from a high school student at York early College Acadamy in Jamaica, NY. The day before that a 9mm handgun was found in the backpack of a 5th Grader.

The release of the statistics cause outcry from parent groups such as Families for Excellent Schools, who held a press conference outside of city hall. Parents expressed concern about their children feeling unsafe at school, including one who said bullies menaced their child with a lead pipe. The also complained about apathetic responses from school administrators when they complained.

NYPD’s head of the School Safety division responded to put some of these statistics in perspective. Assistant Chief Brian Conroy said in spite of the increases in weapons seized the school system has “seen a significant decrease in overall crime.” He also pointed out that four of the 13 guns found this year were found in an old safe at Booklyn’s Erasmus HS, which at one point had a rifle team. It may also be important to note that weapons sized are weapons not used. But it does support the concerns voiced about children not feeling safe in New Yorks schools.

One Response to Guns in New York public schools increasing?