Join Our Newsletter
Shop Our Store
MAIN MENUMAIN MENU
By Jacob Paulsen on May 2, 2014 in Gun News

Defensesheild is a company that manufactures bullet and blast resistant glass and armor in New York. In order to best demonstrate and test their product they use real life firearms including AR-15s to shoot at the product. Now, under the New York SAFE Act these weapons are illegal. This new law, along with some tax benefits, is driving the company to relocate their business to the state of Florida. 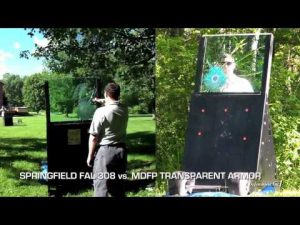 Defensesheild Inc’s customers include the military, department of defense, and many private companies and organizations.

Collins White, the company founder has joined a class action lawsuit against the SAFE Act which was passed at New York Governor Andrew Cuomo’s request following the Sandy Hook shootings.

The move of Defensesheild from New York is one of many moves of companies and jobs out of states like New York and Colorado where stricter gun laws have recently been passed.