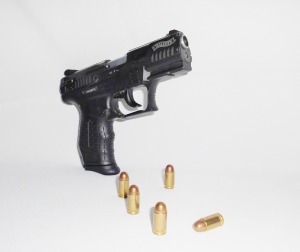 A Southwest Airlines co-pilot was arrested on a weapons charge after security at Albany International Airport found a loaded handgun in the pilot’s carry-on bag.

New Orleans resident Erick Gibson, 55, on Monday was charged with misdemeanor criminal possession of a weapon after a TSA officer operating the X-ray machine at the Albany airport’s security checkpoint spotted the .380-caliber handgun in the pilot’s bag, according to Sheriff Craig Apple.

TSA said the gun was loaded with six bullets.

Gibson’s bag wasn’t screened before his flight from New Orleans to Albany the previous night, according to a Dallas News report. Gibson has worked with Southwest for nine years, Apple said.

Albany County Sheriff’s deputies who were called to the checkpoint took the weapon.

TSA said the Southwest flight to Chicago was delayed for four hours.