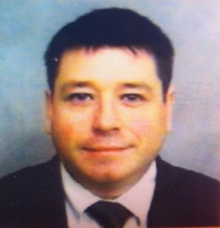 With the election of Donald Trump to the presidency, many gun-owners have been looking to a plan he has mentioned to begin a national concealed carry reciprocity program, meaning that those with concealed carry permits may bring their firearms to any other state in the union. Currently, this is a notion left to the states and several states still do not allow concealed carry in their borders, or some states like New York and New Jersey have stricter rules regarding concealed carry.

Pix 11 aired a story this week regarding this proposed national reciprocity and spoke with USA Firearm Training’s own New York City trainer, Lance Dashefsky about the topic.

As the video shows, there are two sides to this argument. National reciprocity supporters in New York believe that it could curb the epidemic of illegal guns being sold on the black market due to them being more readily available through legal means, while detractors are worried about the danger factor of allowing more guns within the state.

The proposals opponents also stated in the video that some states allow violent criminals and felons to get concealed carry permits. That is not the case. While there have been documented incidents, where state background checks have failed to catch a criminal who applied for a CCW permit in the past, following the law would not allow for the felon/violent criminal to receive that permit.

There will be many challenges to Donald Trump’s proposed National Reciprocity bill as it goes through the motions in the nation’s capital but only time will tell if nationwide concealed carry reciprocity will be the law of the land in the coming years.