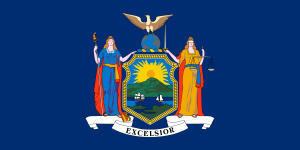 This article is meant to take a look at New York’s open and concealed carry laws so that you folks can get a better idea what is and is not legal in the state.

New York State issues various types of handgun licenses under NY Penal Law § 400.00(2) For those who have and possess in a dwelling by a householder; to have and possess in a place of business by a merchant. Not all license types allow unrestricted concealed carrying. The license must specify whether it is issued to carry on the person or possess on the premises and if on the premises, it must specify the place where the licensee may possess the handgun.  An applicant for a license to carry outside the home must be required to show, in addition to the requirement for possession, that “proper cause” exists for the issuance of a carry license.

A license to carry or possess a pistol or revolver, not otherwise limited as to place or time of possession, is effective throughout the state with the exception of New York City unless the NYC police commissioner issues a special permit granting license validity.

The following individuals are prohibited from carrying a weapon in New York.

Now, there are certainly additional questions as well as more in-depth looks into such things as gun penalties and what public places do or do not allow concealed or open carry firearms. We will be going over those in specific articles, later on, due to the complexity of some of the situations. For right now, however, we have a wonderful FAQ page on our New York site with a lot of helpful information.

If you have specific questions that you would like covered in future articles about New York’s open carry laws, shoot us a comment below, and we will make sure to add them to future reports.

One Response to New York Open and Concealed Carry Law