Join Our Newsletter
Shop Our Store
MAIN MENUMAIN MENU
By Jacob Paulsen on October 14, 2016 in Uncategorized 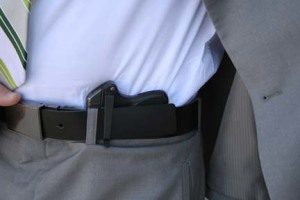 As the presidential election heats up and the national murder rate increases, concealed carry permit applications are at an all-time high in the Albany Region.

“I think there’s a great fear that the country is leaning towards some sort of ban,” said Albany County Sheriff Craig Apple. “People want to beat the government to the punch. We’re getting rocked with applications. You wouldn’t believe the amount of people who want their pistol permits.”

One-hundred and thirty Albany County residents applied for a pistol permit in the first nine months of 2016, which is the same number for the entire year 2014.

Thomas King, the president of the New York’s Rifle and Pistol Association, said that there has been a sales increase for firearms in the Albany Region since Democratic Gov. Andrew Cuomo signed the Secure Ammunition and Firearms Enforcement Act or SAFE Act in 2013, a month after the mass killings in Newtown, Conn.

“Sales numbers are through the roof,” said Craig Serafini, the owner of Upstate Guns and Ammo in Schenectady. And it’s not just first-time buyers with a new permit coming into the store, he said: “Even current permit holders are buying at an increased rate.”

“In this industry, politics is a very big driving force. And this is going to be a big, big election for Second Amendment rights,” Serafini said. He fears Hillary Clinton will ban guns if elected.

“People are afraid if they don’t get a pistol permit now, they won’t be able to get it later,” Apple said. Stating many residents have cited the election as their motivation for applying.