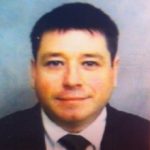 Pix 11 aired a story this week regarding this proposed national reciprocity and spoke with USA Firearm Training’s own New York City trainer, Lance Dashefsky about the topic. 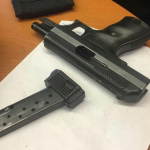 Weapons siezures at NYC public schools increased 25% last school year (2014-2015) compared to the year before. The total number of weapons siezed (this is not including weapons that go undiscovered and unreported) for the 2013-2014 school year was 1,347, while last year it increased to 1,678 in the city of New York alone. The […] 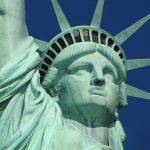 New York state is one of only 5 states that earns an A letter grade from the Brady Campaign’s state scoring system which aims to identify states that have the “best” gun laws. Here are four articles recently published that we thought our students and readers might find interesting: 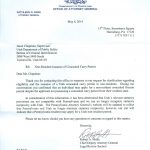 On May 6th of this year the below letter was sent from the attorney general’s office of Pennsylvania to the office of the Utah Department of Public Safety. Apparently the state of Pennsylvania is no longer comfortable honoring the Utah permit being issued to out of state residents who do not first obtain a permit […] 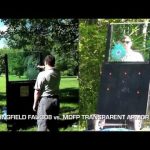 Defensesheild is a company that manufactures bullet and blast resistant glass and armor in New York. In order to best demonstrate and test their product they use real life firearms including AR-15s to shoot at the product. Now, under the New York SAFE Act… 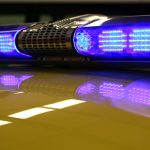 The woman’s first reaction was to yell at the intruder, “What are you doing in my house?” She said the man didn’t budge nor answer her inquiry. Her second reaction was to raise her handgun and fire a round at him. 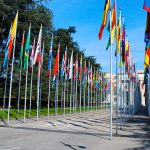 Specifically, Articles 8, 12 and 15 of the treaty would create international pressure (and the perfect excuse) for signatory nations to compile “records” of all gun owners who purchase firearms imported into their country—and then supply this sensitive private information to governments of exporting countries.

Continue Reading 0
By Jacob Paulsen on October 10, 2013 in Gun News

Surveillance video in the lobby at A B Motors in the 13500 block of the East Freeway at Evanston shows a man rushing in, holding a bag and gun. Another armed man was right behind him, wearing a bandana. Both were demanding cash.

Continue Reading 0
By Jacob Paulsen on October 10, 2013 in Gun News

The Journal News says it sued Thursday after the county denied two Freedom of Information requests and a subsequent appeal.